What’s with the Cover Photo?

Y’know, there are actually a few reasons I chose Life is Strange as a cover photo for this post. I once had a very close friend named Rachel who I invited to over to my house to watch movies or occasionally play video games. The primary reason I did this was since she enjoyed playing Life is Strange. In fact, I invited her over one last time in late March1 to present the new order of how our friendship, or lack thereof, would work from then on. Irony but “eh.” Before she established her accusations, she did suggest that I let her play Life is Strange.

Had she not been as strict on her position toward my Salvation, I would have loved to watch her play the game. The game involves making choices and the game unravels in response to the choices you make. The reason I had her start playing is because I wanted to see what choices she would make; especially the final choice in the game. I’ve heard it said that the “game” is really one where things happen around the “protagonist” and you decide how she reacts.

This can relate to my obviously-skewed view of Rachel as I have many memories of her reactions to a lot of different events that happened around her. All this to say, the topic of this report was inspired by Rachel and that’s why I chose Life is Strange as the theme for my featured image.

See, my anger toward her subsided as soon as she read a prayer from her “prayer journal” one night at Bible study. My Third Place Bible study meetings have temporarily moved to Zoom while we face the current situation that confines us to a suggested distance of six feet. I honestly wasn’t too hyped with her joining a Bible study that I valued over her exceptionally strict theology which I thought to be in opposition with that of Sierra Community Church. Apparently not because she doesn’t argue with them nearly as much as she used to argue with me. Moving on, one night she read aloud a prayer from her prayer journal that was very well written which brought about the mental note: “Have I slacked on my relationship with God?”

Truthfully, I was still a bit salty about her questioning my Salvation since I didn’t pray out loud so I was thinking about her hypocrisy throughout her whole prayer. It wasn’t until her prayer warranted a commendation from the group leader that I searched my short-term memory to notice the pristine language she used. My immediate thought was, “she wouldn’t use this language were she speaking it aloud.” In About Prayer…

, I detailed a sermon in which the pastor instructed that you should talk to the Lord in prayer with the same language used in everyday conversation.

After my contempt died from satisfaction, I began to consider the extravagant language as a reason to write in a prayer journal. I convinced myself for about the next week that the language she used in that prayer was unnecessary and, therefore, ingenuine. Though, the thought of her prayer stuck with me even after I settled this in my mind. Once my anger was soothed with the idea that she’s going to wear herself out with her chore, I then began to consider that the language used may not characterize the way she talks but might just characterize the way she writes.

If not to use skills in writing, what would a prayer journal be for? Saying a prayer in your head or even spoken aloud is obviously much easier than writing! With all due respect, what little I remember from her prayer did not seem like it would be read to the Lord but rather to an audience. What she’s told me of her own prayer life prior to [late March/early April] would suggest that she does pray out loud, like, all the time.2 Acknowledging these assumptions from that single entry’s context, I could conclude that her “prayer journal” is more of a casual journal dedicated to heavenly topics.

Since then, I’ve attempted to get her to copy this prayer into text and send it to me so that I could quote it here. She avoided Third Place for a few weeks but eventually logged on after about two or three weeks. I confessed to her that since I have her blocked on social media and would rather not give her my phone number3 that she’d have to send it to my pastor who’s agreed to forward it to me. However, she hasn’t done that yet and I’d waited long enough to start writing this that I couldn’t be bothered to wait on her any longer.

I’m really trying to mitigate the spite I hold against her and let bygones be bygones. Bitterness is a quality shown by those who hold grudges and is likely not a quality that characterizes the responsible, Christian adult I seek to be. It did characterize, however, the person I was that night when both she and I were present at an online Bible study meeting. I thought that consulting her on her prayer could be a means of reconciliation. After all, I’ve only read her shorthand through her texts but maybe her “prayer” was how she writes a speech.

I’ve read over a few of my past posts and all but that first Quick Jot have been presentable in terms of writing style. It’s mostly the way I’ve been feeling and acting lately that’s made me stoop to a lower standard for myself. Maybe other people don’t notice it but I fear I’ve relaxed my attitude a little too much, even toward my Heavenly Father.

Rachel’s prayer, above all else, reminded me of how relaxed I really I am in contrast to the high standard I once held myself to. I seldom maintain a great amount of respect in my behavior both socially and mentally. I first noticed that my relaxed attitude could’ve started as early as the new year as soon as I said, “God, I don’t want my relationship with You to feel like a chore.” More likely, after quarantine was put in effect, I probably got lazy, slumped on Church attendance/participation, stopped reading, increased my capacity for distractions, halted Bible memorization, gained twenty pounds and that’s why I lowered my standards of living.

Churches are open again and it would seem things are returning back to normal, though. Before I resumed employment with Caesar’s Entertainment, I did make an effort to be more attentive as to my communications and partnership with the Lord after this wake-up call. Now that I’ve been called back to work, I plan on biking to and from work in an effort to lose quarantine pounds.  I usually memorized a Bible verse before work and practice it during down time at work so I count on regaining that focus. If I still have the same “self-worth” issue in a few weeks, it may deserve closer inspection and treatment but I sure hope it’s benign.

1 It might’ve actually been early April? I usually check my text messages to verify dates but no texts were exchanged on this day.
2 Her words, not mine.
3 This is a personal preference out of a fear that old habits resurface. 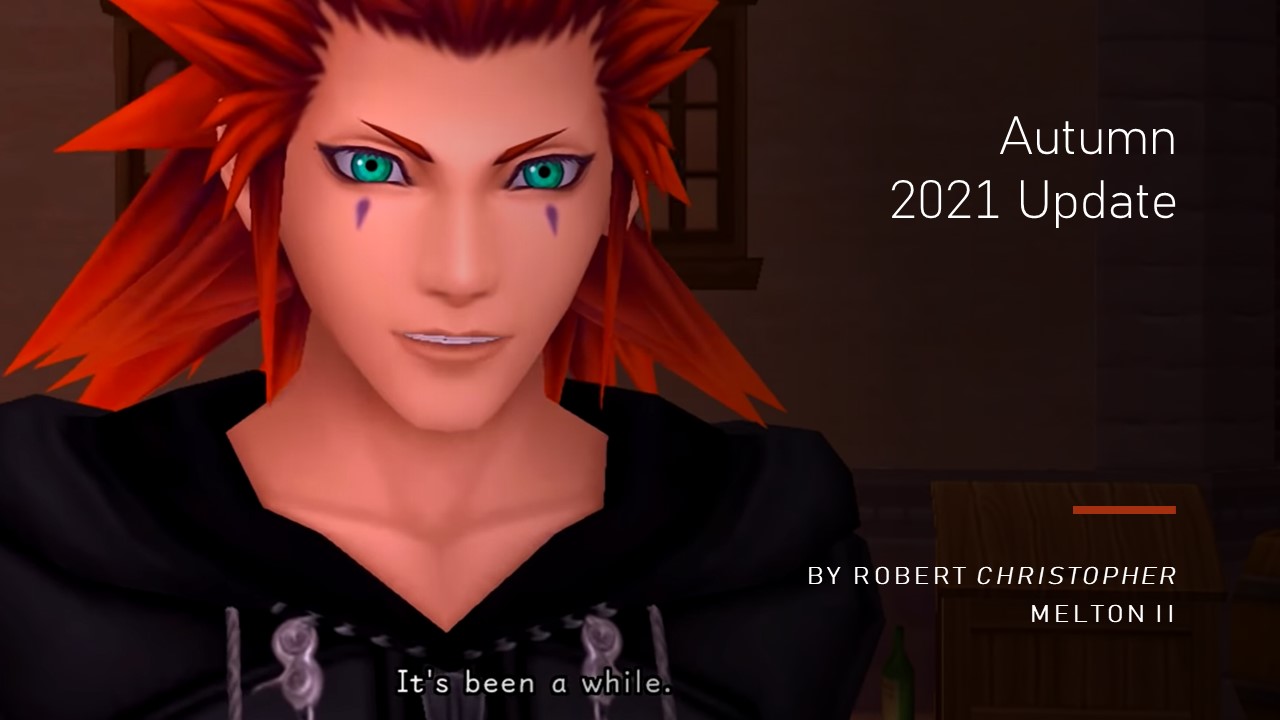