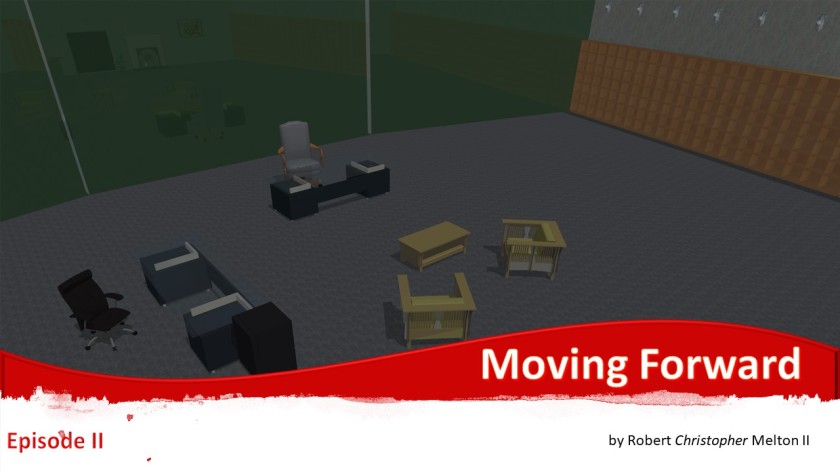 August 31, 2019 RoChriMel2 Fiction, Within the President's Office Leave a comment

A man wearing dark-grey button-up shirt, red tie, black vest, matching slacks, and a dark grey morning coat stands in an elevator as it reaches the fifty-seventh floor. The doors slide open and he steps out. He starts walking across the lobby, passed the vacant secretary’s desk, up the stairs to a door with a plaque that reads “Presidential Office”. He removes his sunglasses and pushes the door open with his right hand.

The man walks inside to find an empty room. He stares at the unoccupied desk at the other end of the room and his face fills with anger. He shakes his head in disappointment as he pulls out his smartphone. He opens the contacts app to find one contact simply named “Mr. President”. He taps it, and lifts the phone up to his ear. He continues to shake his head while he thinks his disapproving thoughts, Stupid, ignorant, arrogant Mr. President. The guy needs to think logically.

Finally, a man answers the phone sounding quite relaxed, “Hey! Commander! I was just about to call you.” Red-tie sarcastically remarks, “Mm-hmm, I’m sure. Where are you?” The President boldly states, “In the ShaBiCo District; Sector 7” The commander’s eyes burn with fury, “What?! All the way out east? How’d you get there?” The president thinks, “I took the train.” The commander looks down and writes on a note pad, Note to self: reroute train tracks. He folds the note in his hand and gently places it in the pocket on the inside of his coat and reminds the president, “Sir, with all due respect, I feel obligated to remind you that there are people and events that need our attention in our own district.” Mr. President sighs, “Fine. I’m on my way back. Be there in a bit.” The commander slightly raises his voice, “Be sure that you are,” and he quickly taps end call.

Less than half an hour later, the president walks in to his office wearing a blue button-up shirt, silver tie, black slacks and a dark blue blazer dress coat. He looks up to find the commander sitting in the chair at the president’s desk with his feet on the desk, left arm on the armrest with his chin resting on the other palm as his right fingers tap his cheek, “Hello Mr. President.”

The president straightens his back and gulps, “Commander, hello.”

The commander narrows his eyes and gives a confident smile, “Where were you?”

The president stood with a straight face, “I told you, in the ShaBiCo District. To the east.”

The commander sat up to the desk and looked down to organize his notes, “What building were you in?”

The commander looked up, “Not really, why were you in ShaBiCo?”

The president now chose his words carefully, “I haven’t been to District 7 since we had it relocated.” The commander tore the page that he wrote on from the notepad and sits back, “I didn’t have it relocated.”

The president looked upward and to his left as he shrugged, “Well, I mean—”

“You mean since you had it relocated. I wanted it destroyed. Every last building that was created while I was absent. The buildings that were constructed illegally by those intruders that you let roam about—”

The commander swiftly threw himself forward and threw his hands on the desk as he stood up, “Are you telling me that when they first started to build, you had absolutely no problem with it?”

The president paused a moment. He looked to the right, and then showed a determined expression to the commander. He matched the commanders stance and set his hands on the desk and looked the commander straight in the eye, “You know commander, I wouldn’t be so smug. Maybe I was a little curious when they started building, but who was the one that fled as soon as they did? Who was the one that only came back when their destruction was necessary?”

The commander smiled and sat down, “What’s this, 2.1? Gained a little back bone, have you? Sure took you long enough.”

Mr. President straightened his back and gulped.

Commander sat back and put his arms behind his head, “Get real, Mr. President. Those buildings no longer have business here. I stand by my thought that they should be annihilated.”

“That’s funny, because I stand by my thought they should be brought back.”

He leaned his head back and concocted a loud shriek of sarcastic laughter, “Ha! That’s a pathetic dream that needs to be destroyed with the rest of Sector 7.”

“Sector Si– You enjoyed–” The commander grits his teeth as he looked to the left and he inhaled. In order to calm himself, he exhales slowly and looks back to the president, “Let’s no longer play commander, president.”

The president started moving around the desk closer to his chair.

Taking notice of this, the commandr stands up and starts walking in the opposite direction, “I’ll tell you what, Prez. Look into the replacement of Sector 7. See if you can provide a moderate amount of income to support Sector 7, a tolerable mode of transportation within the District, and keep a sufficient amount of money in savings as per company policy.”

They reach opposite sides. The president sits down while the commander walks backwards in order to leave the office.

The commander slaps his hands together and continues, “If you can do all that, I will personally oversee the relocation, as well as the full reconstruction of every single building within the district, myself. But until you can figure all that out, remember that we are in District 8, and we have business here in District 8 that requires our focus. It’s time for the company to move forward, 2.1, and it simply cannot do that with you chasing some impossible fantasy. Get real and grow up because this is the real world and the company’s realistic budget does not show even the slightest potential for District 7’s focus. Focus on our company and not the goings-on of some other district, whose destruction would be in our best interest. Now, get back to work.” The commander turns around and starts walking toward the door, feeling quite successful in his quest to display his superiority over Mr. President.

As the commander opens the door to exit, the president shouts, “I’ll hold you to it!”

The commander looks over his shoulder, “what?”

The president now stands in front of his desk, “What you said you’d do? I’ll hold you to it.”

A sympathetic smile finds its way across the commander’s face. He let out a slight breath of sorrow and said, “that’s cute.”

After the commander’s exit, the president begins to sit down.

Just then, the door once again swings open again and the commander screams, “No! You know what? I encourage you to remember. I actually implore you to hold me to it! Because when the time comes, I would love to see you fall off your high horse, bring yourself to eye-level with me and say that you. were. wrong!”

The president looked straight into the commander’s right eye and said, “We’ll see which one of us is right. And if I am, I’ll hold you to your promise.”

The commander replied, “See to it that you do.”

Mr. President looked curious, “No terms for your end of the deal?”

“No, because your end of the deal looks so inevitably false, it’ll never happen. I’m not playing your game. My only desire is that you realize that the gates to the society should never have been opened in Sector 7 and need to be shut and locked. Like I said, it’s time for you to grow up and let the company move forward.” 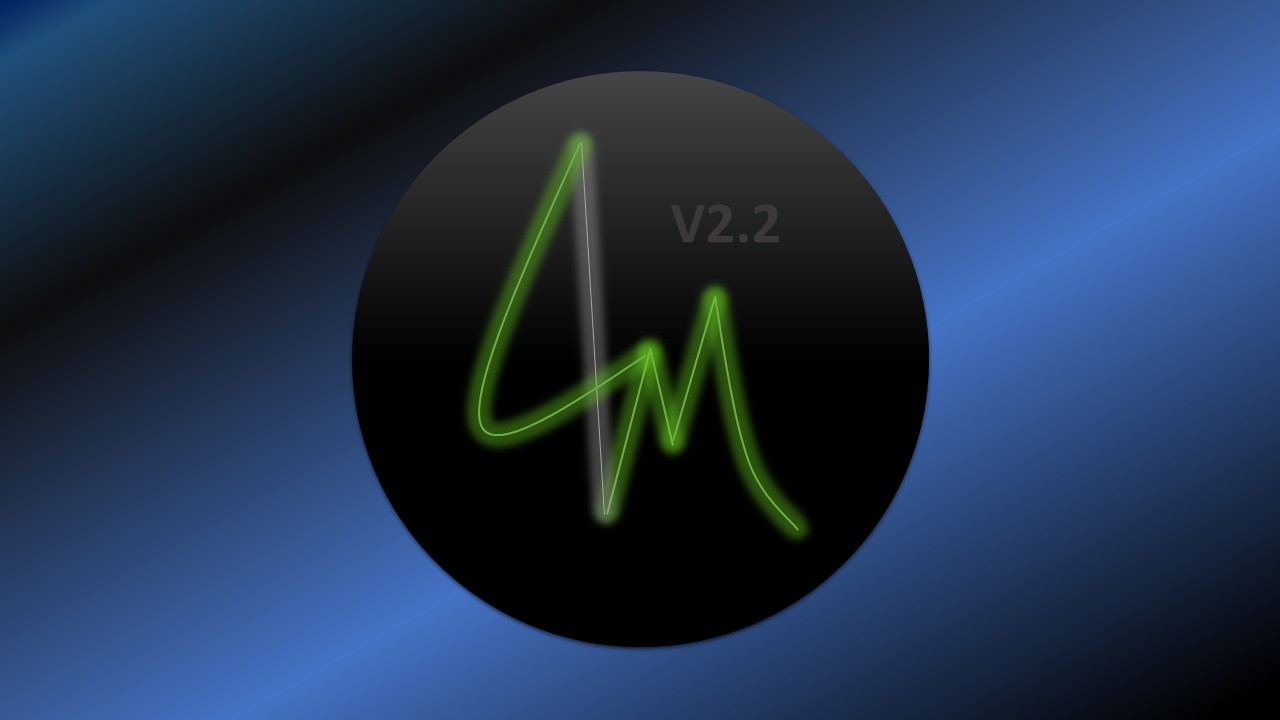